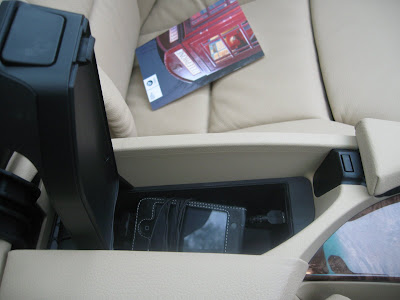 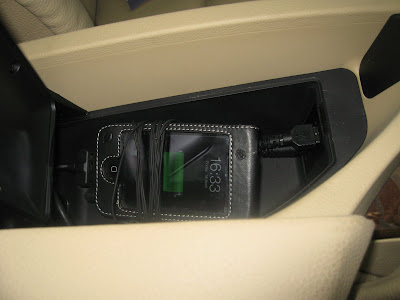 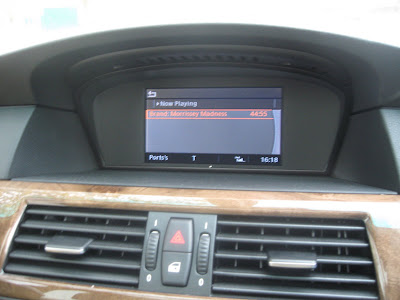 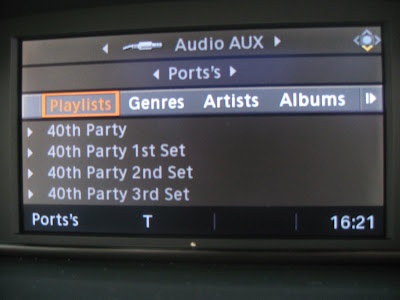 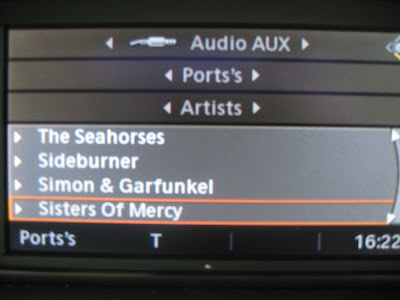 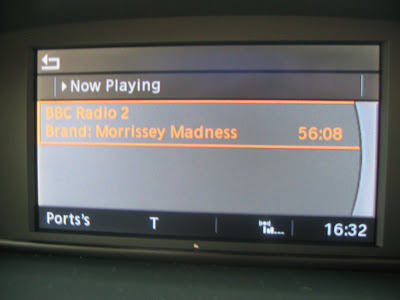 Q8: What if I have some inferior sub iPod clone?
A8: Dunno. I use and iPod Touch. But the documentation refers to MP3 players rather than just iPods.
Posted by Mr Ports at 9:48 pm 31 comments:

I find it almost unbelievable how much stuff you need to take with you when you have a kid - especially if you are staying overnight. Push chair, Baby Bath, Travel Cot, food, clothes, nappies etc. So Lucy was a big consideration in choosing my new car, a BMW 520d Touring. It certainly isn't a particularly pretty car. Jeremy Clarkson said it looks like it is wearing Dame Edna's glasses. Obviously I don't agree but the front end is certainly quite distinctive. 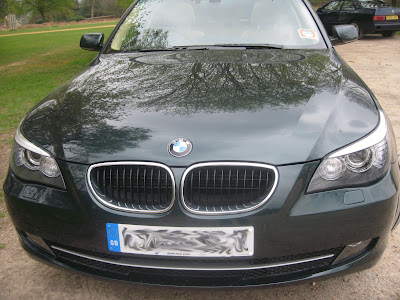 From this three quarter view I think the car looks very imposing. 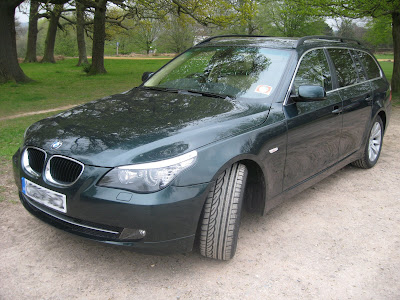 In it's Touring (BMW's posh name for an estate) form it looks particularly good from behind. 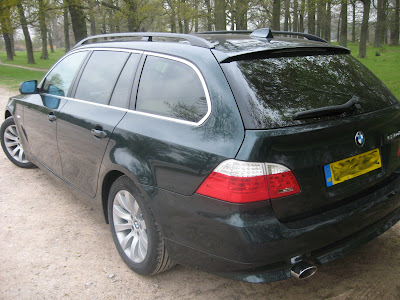 One of my favorite features is the split rear door which enables you to just open the window if you just need to pop a shopping bag in the back rather than open the whole boot. And also notice the rock star tinted rear glass which makes people think someone famous is in the back seat but really is so that Lucy won't get sun stroke. 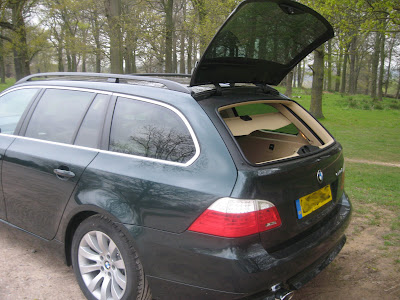 Getting your gun off

For my 40 birthday present my brother in law Stew took me and a couple of mates for my first experience of clay pigeon shooting. 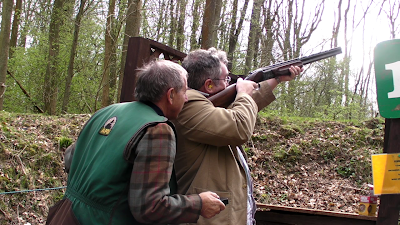 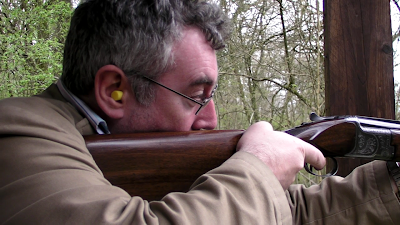 I shot 19 out of 50 clays. Apparently that is "rubbish". It was a cracking day out though. Maybe these toffs aren't so stupid after all. 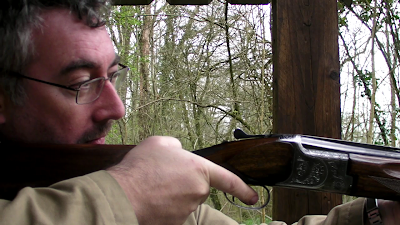