Just back from the Lotusphere2007 convention in Orlando. And what a cracker it was. First up, what were the movies I watched on the flight out to Florida? Well - since you ask ...

The Departed - a ridiculously high body count in this Police/Mafia thriller with an undercover mole on both sides. - Excellent
Snakes on a Plane - Samuel L. Jackson fights snakes - on a plane! - Silly, Cheesy and Excellent
Pirates of the Caribbean II - Poorly acted and over long with little of the charm of the original - Poor

So a mixed bag of films but it certainly made the 10 hour flight go faster.

The opening general session of Lotusphere is famous for the new product announcements and a special guest speaker. It didn't disapoint in either respect. Lotus Quickr is our new team collaboration product linking team places and content through existing desktop applications like Lotus Notes, MS Office and Portals. Lotus Connections is the first web 2.0 social software suite designed specifically for the Enterprise. There was also great demonstrations about new versions of Lotus Sametime and Lotus Notes and Domino. 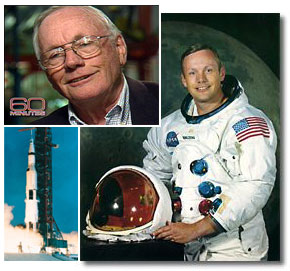 Anyway, that is all very geeky, but the longest ovation of the day was reserved for the guest speaker - Neil Armstrong! A genuine legend and a personal hero of mine due to my life long interest in manned space travel. Apollo 13 is my favourite ever film. His talk was interesting (did you know that Orlando Airport's designation as MCO comes from when it was called McCoy Airforce Base where the X-1 rocket plane first broke the speed of sound) and funny (they set up an experiment to measure the exact distance from the earth to the moon so they could claim back their milage from expenses) but the overriding impression was how modest the guy was. If you want to see his talk then it is on YouTube in two parts here for part 1 and here for part 2. It is very well worth 15 minutes to watch.

The rest of the week was spent attending great education sessions on software and technology, meeting great business partners at the product showcase and finding out about the great solutions they had built on Lotus products, networking with other attendees and even popping over to the Irish Bar in Disney Downtown with colleagues for the occasional Guinness or three. The final closing session featured Neil deGrasse Tyson the Astro Physicist who famously started the debate on Pluto by refusing to allow it to be referred to as a planet. He delivered a very entertaining and thought provoking lecture on the top ten significant things from "The Cosmic Perspective".

So to finish as I started, the films I watched on the plane back home...
Superman Returns - Starts well but fades badly - Reasonable
Crank - brilliant concept with good special effects but undermined by an unlikeable hero - Disappointing
Clerks II - unspeakably rude and yet quite sweet at the same time - Reasonable
Posted by Mr Ports at 10:04 pm 2 comments: 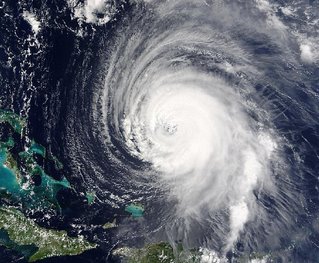 Anyone who has been in the UK over the last couple of days will know that it has been a bit breezy. Specifically the strongest storms for 17 years, killing 11 people, leaving thousands without power and causing hundreds of millions of pounds of damage to houses. Whilst this is very sad especially for the bereaved it is important to focus on the real tragedy here, which is that the wind has taken the cover to my beloved table tennis table. Even though it was tied on and everything, this evil zephyr has ripped the cover away and left my poor ping pong table open to the elements. What is worse is that I'm flying to America tomorrow for Lotus' annual beanfeast Lotusphere2007 so I won't have a chance to get down to a sports shop and buy a replacement cover for over a week. I'd bring it into the living room but I don't think Ali would approve.
Posted by Mr Ports at 7:08 pm 1 comment: 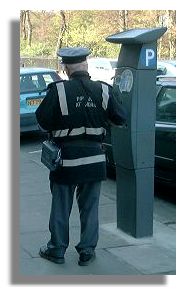 I was visiting a customer in Milton Keynes today. It is a terrible eyesore made of ugly buildings and vast numbers of roundabouts. An example of a 60's new town it is based on an American style grid system so the roads are all numbered as being H (Horizontal) or V (Vertical). This works very well in New York but is just perverse in Buckinghamshire. You may have gathered that I'm not a big fan.

Anyway, having left the customer meeting my colleague and I started walking back to where I has parked the car. As we got near I saw with horror that there was a Traffic Warden looming over my motor with his PDA out furiously tapping away. I understand that being a Traffic Warden is a thankless task which is required to keep our town centres moving, but they don't seem to do themselves any favours by being obnoxious jobsworths. The last parking ticket I got was whilst parked on an empty road outside my parents house this Christmas. What odious little killjoy would do that? As I rushed towards my car I checked my watch and realised that I was only a few minutes over the duration allowed. I fully expected that whatever I said, the swine would come up with some weasel excuse about it being too far into the process to stop, But I almost dropped my moral high ground when the following exchange took place.

He seemed very pleasant. Just shows you have to judge people as you find them. (Although I suspect he might just be new).
Posted by Mr Ports at 8:33 pm No comments:

Boo vs. The Tree 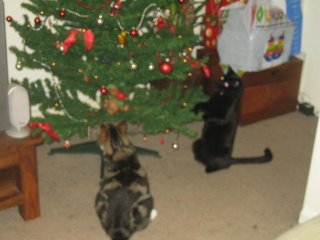 So Twelfth Night is upon us which means that it is time to take down our Christmas decorations. Last year we didn't bother with a tree since we were concerned that our two new kittens may think that it was a climbing frame. But now that Barney and Boo are all grown up we thought that they would quickly realise that they should be respectful to the tree. Our old cat Ben used to totally ignore it. Despite being artificial (pine needles are not compatible with cats paws) it is a pretty nice tree that we have had for over 10 years. As you can see from this picture, the cats were suitably impressed when the tree went up. 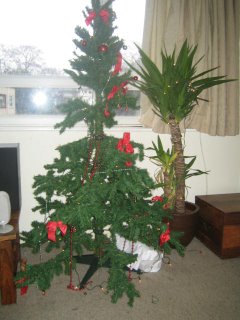 This was not to last.

Whilst Barney would occasionally bat a bauble about a bit, Boo moved into full on demolition mode. Even though the tree is six feet tall and Boo is only little, he has managed to strip at least three quarters of it. Even thought the branches are just made of wire and have the weight bearing properties of tissue paper he managed to slither his way up to wreak more havoc. We keep finding tree decorations all over the house where he has pulled them off and then hidden them. It would be no exaggeration to say that 80% of the decorations have disappeared. I think if we had left the tree up for another week it would have ended up looking like the yucca plant next to it. 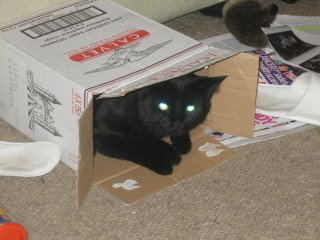 So thanks to Boo, where I would normally be carefully packing the tree away until next Christmas, this year it is a trip down to the waste tip with the sorry looking article (the tree, not Boo). If only we could find his secret criminal lair we could tell him off.
Posted by Mr Ports at 5:28 pm 1 comment: 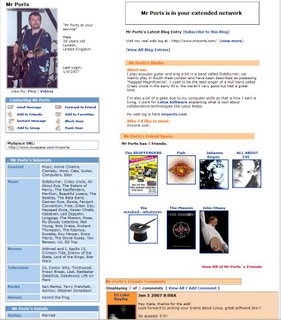 I've been on vacation this week, reading a few book, catching up on a few odd jobs and generally taking it easy. Where possible I have tried to avoid work so I have forbidden myself from downloading new builds of Lotus software to play with. This is quite hard because I love watching as new products take shape, how the new features are added and the design evolves. I'm not just talking about the next version of Lotus Notes either. We have loads of fantastic stuff in the development labs that I can't talk about - but many of them will get their first public peek at Lotusphere 2007 later this month.

So if I can't sate my "need for nerd" by looking at work stuff what can I do? Well on a whim I decided to create my own MySpace account. Knowing it was really for Kidz and that it was owned by Rupert Murdoch's News Corp I hadn't previously considered it, but I had a surprise. It is actually quite fun. Going from person to person is quite like the old days of the Web when you would just surf for hours with no particular destination in mind (not on work time of course :-). Design wise, so far I haven't moved beyond filling in the defaults and adding a few "friends", but I have had my first "Thanks for the add" comment. Much more fun than professional social networking sites like Linked In and Technorati.