6 years ago Lightning Tom and Al, my good friends and fellow bandmates in the awesome Alt Rock group Sideburner went with me to California for a rockin' holiday and shot some video. The idea was to mix some of it with live footage to produce a promo video to amuse friends and family. At last I have now got hold of a video capture device that has enabled me to grab the footage off the dodgy old VHS tapes. So here is my first effort at creating a film (using Pinnacle Studio).

Do you think Spielberg will be worried?
Posted by Mr Ports at 8:00 pm 1 comment: 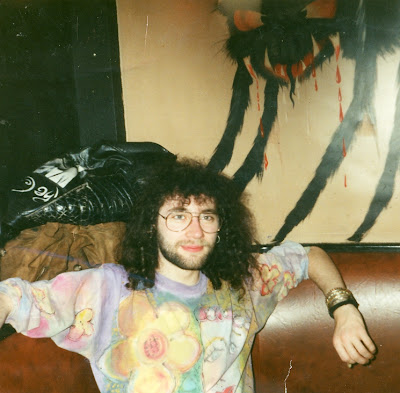 However, all good things have to come to an end and I have decided that the earring has to go. It has nothing to do with work - it is all to do with the baby. Every time I give Lucy a huggle she grabs it and she is getting very good at grabbing things and holding onto them. So I have given up. It is just a matter of time before she either rips my ear off or ends up swallowing it. I just don't understand how people with babies and lots of Jewelery, specifically jangly earrings, don't go bonkers.
Posted by Mr Ports at 10:07 pm 5 comments: