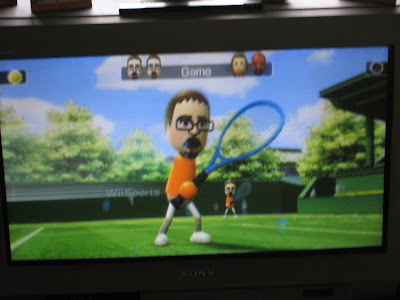 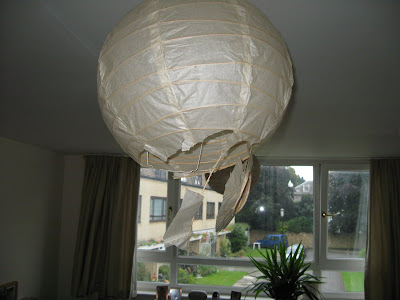 Why no go and play some proper tennis? Cost you a lot less in lamp shades. :)

I think you will find that those lamp shades are a lot cheaper than tennis lessons!

Which reminds me, we must swap Wii IDs so that our Miis can mingle. Jacko, Adolf, Fester, Gomez, Potter, Voldemort, Dumbeldore, Snape, Satan, Eight Ace, Raffles, Jaffa Cake and Ugly Bob are waiting to visit Barnes.