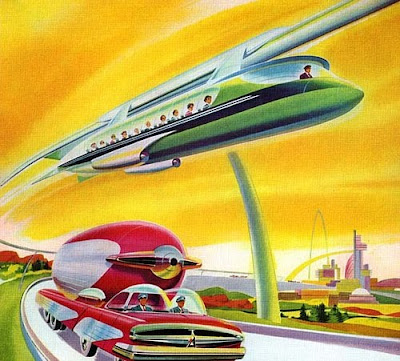 I guess it is now pretty evident that humans are not the greatest at predicting the future. It is well established that generals tend to prepare to fight the previous war (hence aircraft carriers and fighter jets take on AK47 and IED's). Looking back at the predictions from the 1930's we see reusable rocket ships and hand held ray guns being on the cards whilst in the 50's folks were predicting we would be eating food pills and flying around in jet packs. In fact we only have to look back 10 years to see some predictions by noted futurologist and author Arthur C. Clark which have mainly been shown to be hopelessly wrong (All coal mines closed, Humans cloned?).

So how did they miss real game changers like television, mobile phones, personal computers and of course our old friend the Internet? Perhaps the answer is that, in these 4 examples, they were solutions waiting for people to notice that they needed them. For example the Victorians didn't sit watching a painting in the corner of their living room wishing it would move. 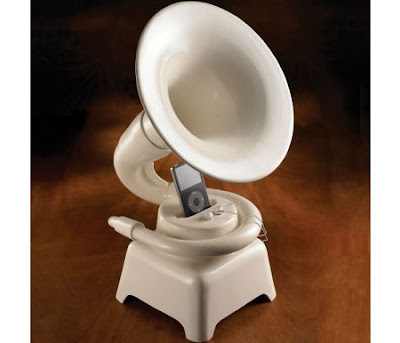 But strangely a lot of recent work has not been about introducing new game changers but rather has been in making things better. On the audio side manufacturer have moved us off vinyl records onto CD, then SACD then DVD-Audio but actually more and more people are perfectly happy with sub standard low bit rate MP3's because they can carry their entire music collection around with them. Similarly with video, manufactures moved us from VHS/Betamax to DVD to Blueray and HD but so many of us consume low quality video on the likes of YouTube.com or the BBC iPlayer because of the vast amount of content. How many people don't even bother carrying around a dedicated camera anymore because the one on their mobile phone (with poor lens, low resolution and rubbish flash) is good enough?

Similarly, desktop operating systems (and I don't just mean Windows Vista) have been piling on more and more capabilities requiring more and more horse power when out of the blue a massive market for netbooks emerged because many people have quite simple requirements easily served by a low cost, low capabilities device especially when it can be much more mobile and also always connected through WiFi and 3g. Look at the motor industry, particularly in America, and the vehicles were getting bigger and stronger when the customers were crying out for cars that were smaller and more environmentally sound. Witness the success of that glorified milk float the Toyota Prius.

All of those improvements were better in many ways than their preceding versions but being better is not enough. You need to ensure that things are better in a way that embraces the needs and requirements of the customer. Partly this can be achieved through Agile Development. The key tenets of this design philosophy is to introduce new features faster and ensure that they are aligned to what the customers want by involving them at regular intervals. This is what the Lotus Design Partner program is all about - letting business partners, developers and end users have the chance to ensure that what Lotus is building is what people need.

And I think this is reflected in the scope of the Lotus portfolio now. On Premise, Hosted or Cloud based depending on what is right for a particular organisation. Thin client, thick client, browser client, mobile client depending on what is right for a particular user. And a full set of capabilities to truly allow people to work better and smarter. From basic collaboration, team working, real time collaboration, unified communication, professional networking through to knowledge enablement. I really believe that we have all the bases covered and aren't just trying to make a better email client, but building the best ecosystem for people to work together.

I look forward to a great 2010 working for IBM Lotus Software and I wait with baited breath for more exciting announcements from Lotusphere 2010. For instance, what will the next major release of Lotus Notes be called?
Posted by Mr Ports at 5:21 pm

I agree, Mr. Ports, and find your comments to be an interesting variation upon the "good enough" theme of one of my blogs, see Leave Good Enough Alone ...
Cheers, Tony Austin

I have to agree with you all the way on this. nobody is good at predicting the future. So much is involved with it all here. So much to learn from it all. Towing Companies Toronto

I am extremely impressed thanks for sharing all information. It is a great post for the people to get the proper information.