IBM sponsors all sort of events. From what I have seen this is mainly golf days. Even though my brother-in-law Stew is a fanatical golphist, I agree with Winston Churchill that golf spoils a nice walk. However , just recently I heard that IBM would have a Suite at the British Grand Prix. Now that is more like it. Unfortunately, a technical monkey like me would normally never get to attend one of these marketing events. However, for reasons I won't go into I managed to blag justify my ticket.

Brilliant, I thought, I get to go to the Grand Prix. It doesn't get much better than this. Or so I thought. I then got an email starting with "This is the time for your Helicopter transfer to Silverstone ...". Wahey!

Obviously the regular reader of my musings would be aware that from January this year I have move beyond mere helicopters since I had tasted the joy that is a Jetcopter. But I was prepared to swallow my pride and slum it in standard Heilo. Here is the one that I flew into Silverstone in. 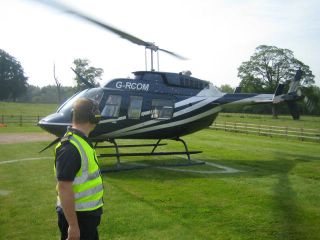 After a 15 minute flight from a country house near Milton Keynes I was plonked in the middle of the track. Apparently helicopters land approximately every 10 seconds. It was like a motorway for aircraft. We were then transported to Copse paddock where the hospitality suite was located. Here you can see the sign to the IBM suite. 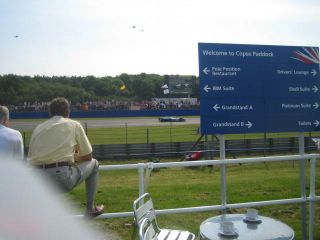 Much to my disgust, even though it was only 10 in the morning, I was forced to consume multiple glasses of lovely champagne. That loosened things up. To be honest I didn't pay much attention to the GP2 race since I was breathing in the atmosphere and the champagne, but at 11am the Red Arrows started an awesome display and Copse was the idea location to watch from. I have seen the Red Arrows many times, the first being with my Dad at an airshow for British Aerospace employees and their families when I was just a little sprout. In the intervening 30 odd years they have learned a few tricks. For example, do you remember the bit in Top Gun when Maverick and Goose fly their F16 inverted above a MIG and Goose flicks the Russian pilot the "bird"? The Red Arrows did this - except they did it in a 720 degree roll. And then they held the inverted position as they did a full 4g loop. That's just showing off. No photo can encapsulate a 25 minute display but here is one of the "classic" formations when they are flying approximately 6 feet apart. 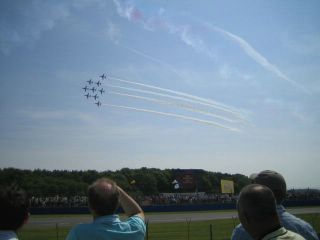 Of course the reason for being there was the Formula 1 Grand Prix and it didn't disappoint. As soon as you arrive at the track you are issued with ear plugs and it is a good job you are. These machines create an amazing amount of noise. In fact, I have heard many "civilian" Mercedes cars over the years but the safety car sounded more like a Messerschmitt as it tore round. But that was nothing compared to the GP Cars. Obviously I was rooting for the home side so I was very pissed off vexed when Jenson Button's Honda blew it's engine after 10 laps when he had started in 19th position and fought his way up to 11th. Still, Jenson has never had much luck at Silverstone.

Because Copse was such a good location, being the exit from the Pits and just before a chicane, we got to see plenty of action. Alonso won the race with the ubiquitous Michael Shumacher trailing a few seconds behind. It is very difficult to take F1 pictures with a digital camera because of the lag but this is Shumacher's team mate Massa (because if the green helmet) followed by Fishicella. 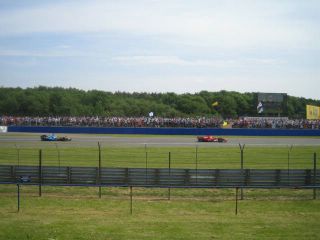 On the way over to the heliports my boss Brian and a guest and friend also called Brian spotted a Lotus sports car. An obvious photo opportunity and so fortunate that we hadn't passed a toilet . 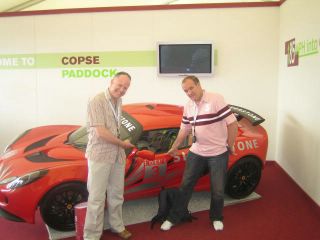 I think I mentioned earlier that whilst I am prepared to slum it in a helicopter I really require a JETcopter these days. So I was well chuffed to see that my ride home was a 5 seat Eurocopter. Shweet. 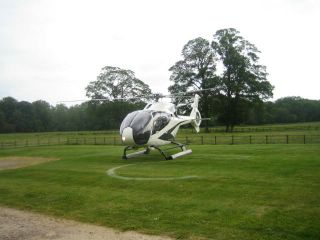 But did it make me happy? Wadda you think? And a big thanks to Mrs Ports for getting up at 6:30am on a Sunday morning to chauffeur me to the heliport and back so I could enjoy the punishment that is a free bar. 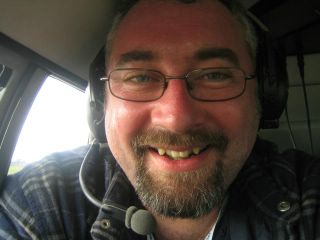 Ah Mr Ports, it seems that the JetCopter you refer to was registered for just such events, on the way in the mild mannered corporate boys show interest in the machines, the safety briefing & how it the busiest heliport in the world all works like clockwork.

On the way out however, the mild mannered corporate boys have imbibed free champagne, beer & Pimms, and thus turn into cheeky scallies that pay little regard to safety, abuse the hospitaility girls & then try to press things they really shouldn't in an aircraft - or worse open a door in flight! (Yes - it happens!!)

So back to my original point - here is a photo of your JetCopter with the registration more visible..... G-FCKD


Somehow the CAA have allowed this, on the basis that when it was previously based in Holland it was registered PH-ECK!!!

Mr Ports - seems to be a common theme in your recent posts - whats with the same shirt all the time!?