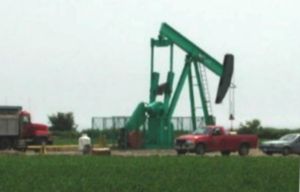 Incidentally, any North Americans who are complaining about their gas price being an average of $2.34 per gallon might like to consider that converting 98.4p per litre into the dollar equivalent means we are paying $8.80 per gallon.
Posted by Mr Ports at 5:08 pm

My theory for why diesel is more expensive... it's because they can get away with it. Diesel car owners are a little smug at the moment (I know I am). My company car tax reduced, pootling around town I can get up to 45 mpg, and on a long motorway run I can get up to 56 mpg. My record on one tank was 630 miles. The fuel companies know that even if diesel is a bit more expensive, the average diesel driver will get at least 25% more miles to the gallon than a petrol driver (sometimes as much as 50%), so even if diesel was 10% more expensive you'd be on a winner.

No sympathy for our American friends whatsoever, especially after watching Al Gore's eco-documentary.

On a final note, I used to work for the retail division of Texaco. The fuel companies actually make little or no profit on fuel, sometimes a loss. The profit lies in the shops and other services... in fact the most profitable thing at a service station when I was with Texaco was the car washes.

It is possible that the service stations make little or no profit on fuel, but I guarantee that the fuel companies are. ExxonMobil has been reporting quarterly profits in excess of the GNP of some countries...that profit is coming from the pump as much as everything in-between.

It was interesting to note here in the US during the summer, when prices were about US$1 more a gallon, that the uplift for premium gas remained constant -- 10c or 20c -- despite the wildly variable price of fuel. That shows how arbitrary those prices actually are.

We know we're still paying far less than the rest of the world, but there is little more political in the US than the price of gas. It's quite funny considering that a gallon of almost anything else -- even BOTTLED WATER -- costs more than a gallon of gas does here, especially when you remove all the taxes.