So for Al's stag night 8 of us started off with a couple of liveners in Kew before heading out in couple of taxi's a Mexican restaurant in central London where we consumed 5 pitchers of margarita and some lovely food. 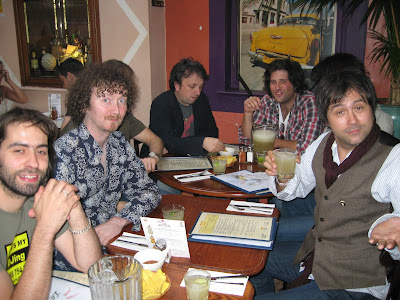 Here is the gang on the way to Somerset house where we were going to see a gig. We weren't going to see the Lion King incidentally. We were just saying that Al was the Lion King for the day. Not that I've ever seen a lion is a waistcoat. 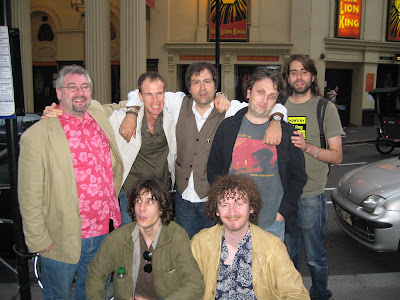 We had managed to keep the event a secret from Al. He dreaded the thought that we would be taking him to Stringfellows or something cheesy like that. Like we would have got in! Instead we took him to see Bert Jansch with Beth Orton and Bernard Butler at Somerset House. That might sound a but dull for a tag night but the atmosphere was amazing and nothing is dull after 5 pitchers of Margarita. As you can see, Al approved. 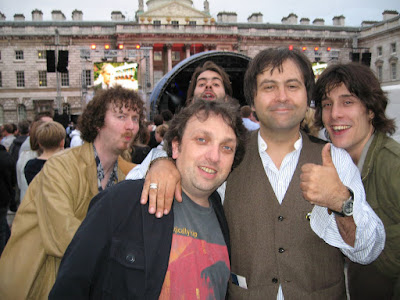 For a folk singer Bert lays on quite a light show. 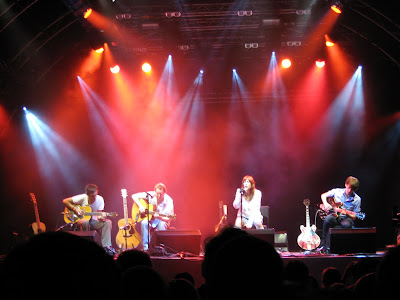 The final surprise was that we had laid on taxis to take us all back to Al's favorite pub near Guildford where we had negotiated a lock in and another twenty or so Friends we waiting for him. Surprise! 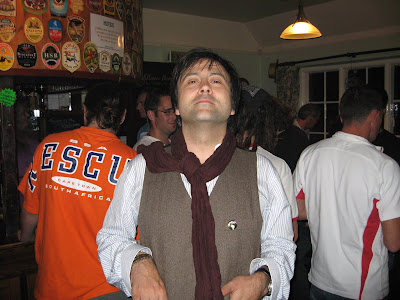