When the impossible happens

There are some things that should just never happen. Some time lines that by all rights must be impossible. Normally strange intersections are reserved for Science Fiction. Just think Marty Mcfly fighting off the attentions of his teenage mother in Back to the Future when he visits his past. 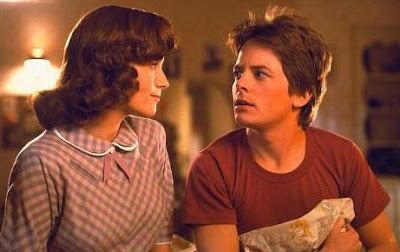 But it isn't just science fiction - you may remember the story about the twins parted at birth who went on to marry before discovering the unpalatable truth.

Well a similar if not quite so serious situation has befallen me. For 31 years I have been supporting the mighty Manchester United football club. Some may wonder why I didn't support my local team of Hull City, but they were so laughably inept that there was no chance that they would ever play in the top flight. In fact their claim to fame was they they were in the semi final of the FA Cup in 1929. Beside which, Hull was really a Rugby town.

So how has this happened? In just five seasons Hull City have risen from the bottom division of the English Football league to being promoted to the Premier League! For many years Hull was famous for being the largest city in Europe to have a football team that had never reached the top division. Now they are up there with the elite. The dilemma of course is what do I do when the plucky Tigers are playing Man United? Do I root for the team I have always supported or do I hope the underdogs from my ancestral home will triumph? Very simple - I'll stick with ManU but really hope Hull beat Chelsea. And Arsenal.
Posted by Mr Ports at 5:38 pm

Email ThisBlogThis!Share to TwitterShare to FacebookShare to Pinterest
Labels: Back to the Future, Hull City, Manchester United, Tigers

Millions of people in the South East would agree with you.