My lovely wife kindly got me a Sanyo Xacti HD1000 digital movie camera for my 40th birthday. Now that our baby is just about to turn one year old and has started moving about and doing funny things it will be nice to capture some of them. And there is always the chance of getting on You've Been Framed if she falls over.

Unlike many movie cameras the Xacti is tiny and has a docking bay making it just as easy to synchronise with the PC as a stills camera. Until recently video cameras used tapes which were heavy and awkward. Re writable DVD's were also popular but their size and shape adversely affected the shape of the camera. Some even feature a built in hard disk. But the Xacti uses SD cards for storage. This is great because they are cheap, small and use minimal power which in turn allows the camera to be so little despite still being very capable. 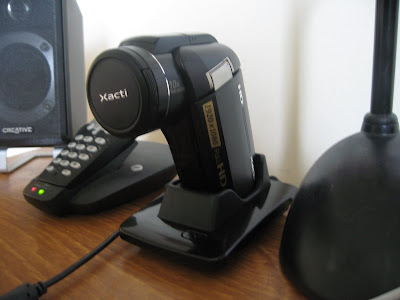 As you can see it has a reasonably large 2.7 inch screen and supports full HD at 1920 x 1080. If you have a 8Gb SD card it can store about and hour and a half at top quality or 5 hours of standard TV quality. Pretty impressive. 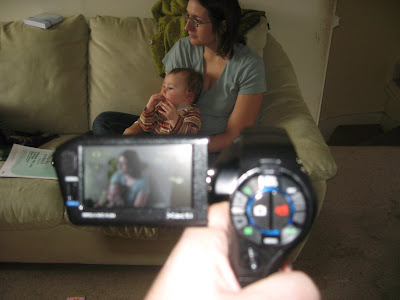 The problem is that Ali ordered the camera and the 8Gb SD card at the same time - but so far only the camera has arrived. And the only spare SD card I have is 128Mb which can only record about one and a half minutes. So I have Smallest and Lightest full HD camera in the world with nothing to record onto! How frustrating. Hopefully the 8 gig card will arrive soon. 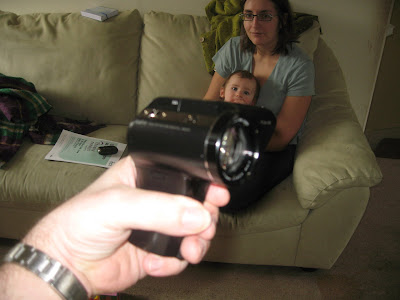