The evils of the modern world (part 2) 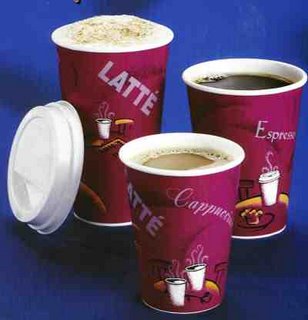 I like a nice cup of Joe. I particularly like a nice cup of coffee when I'm on a long drive to visit a customer and I want to ensure that I'm as alert as possible since falling asleep at the week can cause all sorts of complications ranging from carnage to a long term in prison for dangerous driving. Clearly best avoided.

However, there is a catch. My car is magnificent in many respects but it does have a serious lack of cup holders. Specifically it doesn't have any. So when I get a cup of coffee from a Motorway service station I have to get a lid sealing in the contents so that it won't spill when I leverage the warp like acceleration. So good so far. Unfortunately I like my brew black so it doesn't benefit from the cooling power of milk. When such a super heated liquid is then placed in a partially sealed container, it maintains it's heat. 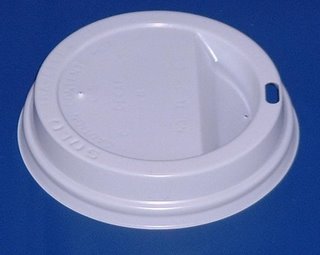 All of this leads to the actual problem. Take away cups are designed to feel cool so that we don't burn our fingers. This also means that it is imposible to judge the temparature of the coffee in the cup. So typically you will drive a couple of miles to allow the drink to cool down a bit. Then touch the cup to check it is a bit cooler. Then try and take a sip throught the little hole in the lid. And have a jet of scorching liquid sear through your skull like the burning fires of Hades.

Now drinks that need to be cool, for example Newcastle Brown have a sticker that turns blue when the drink is appropriatly cooled. Why oh why cannot coffee cups have a similar sticker to indicate when the contents have a half life of less than a thousand years?
Posted by Mr Ports at 10:39 pm